The Best And Worst Places To Be A Woman

When more than half of the world's population wakes up on Thursday – the 101st International Women's Day – it will be hard to know whether to celebrate or give in to despair. A British woman will face the prospect of at least 14 more general elections before women equal men in the Commons. But a woman in Qatar will be six times more likely to go to university than the man next door.

The global gender gap defies simple solutions. Eighty-five per cent of countries have improved conditions for women over the past six years, according to the World Economic Forum, but in economic and political terms there is still a long way to go.

"From London to Lahore," says Oxfam, "inequality between men and women persists." Here The Independent on Sunday explores the best places to be a woman today.

1. Best place to be a woman: Iceland

Iceland has the greatest equality between men and women, taking into account politics, education, employment and health indicators. The UK comes in at 16th place, down one since 2010. The worst is Yemen, and the most dangerous is Afghanistan.

2. Best place to be a politician: Rwanda

Rwanda is the only nation in which females make up the majority of parliamentarians. Women hold 45 out of 80 seats. The UK comes in at 45th place, behind Pakistan and United Arab Emirates. The worst countries, such as Saudi Arabia, Yemen, Qatar, Oman and Belize, have no women in parliament.

3. Best place to be a mother: Norway

Norway is the world's best place to be a mother, with low risks of maternal mortality – one in 7,600 – and skilled help at nearly all births. The UK is ranked 13th. The worst is Afghanistan, where a woman is at least 200 times more likely to die during childbirth than from bombs or bullets.

5. Best place to be head of state: Sri Lanka

Women have run Sri Lanka for 23 years. The UK comes in at seventh place, while dozens of countries, including Spain and Sweden, have never had a female head of government.

6. Best place to be a woman in the arts: Sweden

The Swedish Arts Council has launched initiatives to improve gender equality in the arts. The Swedish Film Institute mandates that film grants be distributed evenly between men and women and there are quotas for women in film production. In the UK, only 6 per cent of film directors and 12 per cent of screenwriters are women.

7. Best place to be a top dog: Thailand

8. Best place to give birth: Greece

Greece is the world's safest place to give birth, with a one in 31,800 risk of dying in childbirth. The UK is in 13th position, but the worst place to have a baby is thought to be the world's newest country, South Sudan. There are fewer than 20 midwives in the whole country.

The Bahamas holds the top spot globally for economic participation and opportunity for women. The UK ranks 33rd. The Bahamas has closed its gender gap by 91 per cent in the past six years, while the lowest-ranking country, Yemen, has closed only 32 per cent of its economic gender gap in the same period.

10. Best place to be a journalist: Caribbean

11. Best place for the right to choose: Sweden

Sweden permits women to have abortions without restrictions for the first 18 weeks of pregnancy and there are no mandatory consent requirements. El Salvador, the Philippines and Nicaragua are among the worst because of a ban on all abortions. British women can have an abortion up to 24 weeks; two doctors have to give consent.

Luxembourg shares the top spot (with Norway) for estimated earned income. When income is capped at $40,000, women and men are as likely to earn the same amount. The UK is ranked 23rd, while the lowest female earners are in Saudi Arabia, where women earn $7,157 to men's $36,727.

In Qatar six women are enrolled in tertiary education for every man. Questions remain as to whether their investment in education has led to the integration of women into the economy. The UK is ranked 38th. The worst country is Chad, where three times as many men are enrolled as women.

Women in Japan can expect to live longest (87), beating men by seven years. Female life expectancy is shortest in Lesotho (48), but only two years less than men. Life expectancy in the UK has reached its highest recorded level for men (78) and women (82). It has the smallest gender gap, four years, of any country in the EU.

16. Best place to be a lady of leisure: Denmark

Five of the top 10 highest-paid female sporting athletes in 2011 were from the US. The worst country, Saudi Arabia, has never sent a female athlete to the Olympics and bans girls from sports in state schools. Sponsorship of British women's sport came to 0.5 per cent of the market between January 2010 and August 2011.

The Micronesian island of Guam has the highest divorce rate in the world, and Guatemala has the lowest. The number of divorces in England and Wales in 2010 increased by 4.9 per cent since 2009.

New Delhi is the best place for women wanting to break into the male-dominated world of taxi drivers. An NGO in the country's capital launched an initiative to train women in the first radio-taxi service run only by women. The worst country is Saudi Arabia, the only country in the world to ban women from driving.

Jamaica has the highest ratio of women in high-skilled jobs, such as legislators, senior officials and managers. Almost 60 per cent of these roles are filled by women. The UK is ranked 35th in the global survey, with Yemen coming last. Women there take up only 2 per cent of high-skilled jobs.

'We take good care of mothers and children'

Kristbjorg Magnusdottir, a 42-year-old midwife, lives in Iceland, the best place in the world to be a woman. The mother of four children, aged from three to 16, says she feels lucky to be born in a country that encourages women to be independent and hard-working

"There are lots of opportunities here: until 20, almost all education is public and free, there is very good healthcare and we take good care of mothers and children. But mostly, there is a strong work ethic. There are lots of single mums who work, and they are all respected in the community."

Connie Bwiza Sekamana, 33, is an MP in Rwanda, the only country in the world where women make up the majority of parliament. When she entered politics, only 12 per cent of MPs were women, but she helped to fight for 30 per cent minimum representation in the post-genocide constitution

"I felt I was given a special mission: the voice of the women who were the most victimised by the genocide. This is where laws are made, and the women here are highly educated. We can raise issues affecting women in parliament and are listened to as much or even more than the men."

Joy Kenyi, a 38-year-old mother of four, lives in South Sudan, the world's newest nation and the worst place for a woman to give birth. Mrs Kenyi works for Unicef and is a specialist on maternal health. After she experienced a traumatic first birth, she helped to launch a motorbike ambulance scheme to rush women to health centres during pregnancy

"We see so many women die unnecessarily during pregnancy, 16 mothers every day. Eighty per cent of births happen at home. We have set up 75 motorbikes which help mothers with complications to reach facilities. If women are not dying from pregnancy in the UK, why should they in South Sudan?"

'We need more women to get to the top'

Zoë van Zwanenberg, 59, from Dunbar, East Lothian, is the only female chair of a national arts company. Leading the board of Scottish Ballet for seven years, she says she finds it "extraordinary" that there are so few women at the top of UK arts organisations making the big decisions

"Chairs are expected to have a background in business, but the number of women in senior positions in big businesses is relatively small. Assumptions are made about how tough you are going to be, whether you are prepared to tackle some of the difficult decisions and whether you're going to be prepared to fight, but these aren't made on fact."

'We are getting better education now'

Mamokete Sebatane, 65, is a visually impaired teacher from Lesotho, the only country in sub-Saharan Africa which has closed its education gender gap, and where more women can read and write than men. Having worked for more than 40 years in Lesotho, Mrs Sebatane has had to overcome discrimination based not only on her gender, but also her disability

"Parents used to say that they would rather take their boy to school than their girl, because they had to pay for them. Now, because of free primary education, both can go. As more girls are educated, more women are beginning to feel independent and confident. I am very proud of that."

'I want to help link up women around the world'

Noorjahan Akbar, 21, splits her time between Afghanistan, the most dangerous place to be a woman, and the United States, where she studies. Mrs Akbar co-founded Young Women for Change, an organisation that fights for gender equality. She organised Afghanistan's first march against sexual harassment last year

"Whenever I go to Afghanistan, I get mad. Every day, four or five times, I'm harassed on the streets; this is the reality for most Afghan women. I intend to go back, though; I won't give up on myself or the other women who deserve a better life. I want to create an internet café in Kabul for women, where they can link up with other women around the world."

Equals is a partnership of more than 30 charities and arts organisations, bought together by Annie Lennox to celebrate International Women’s Day. 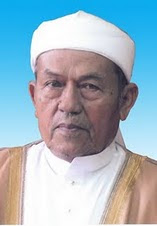 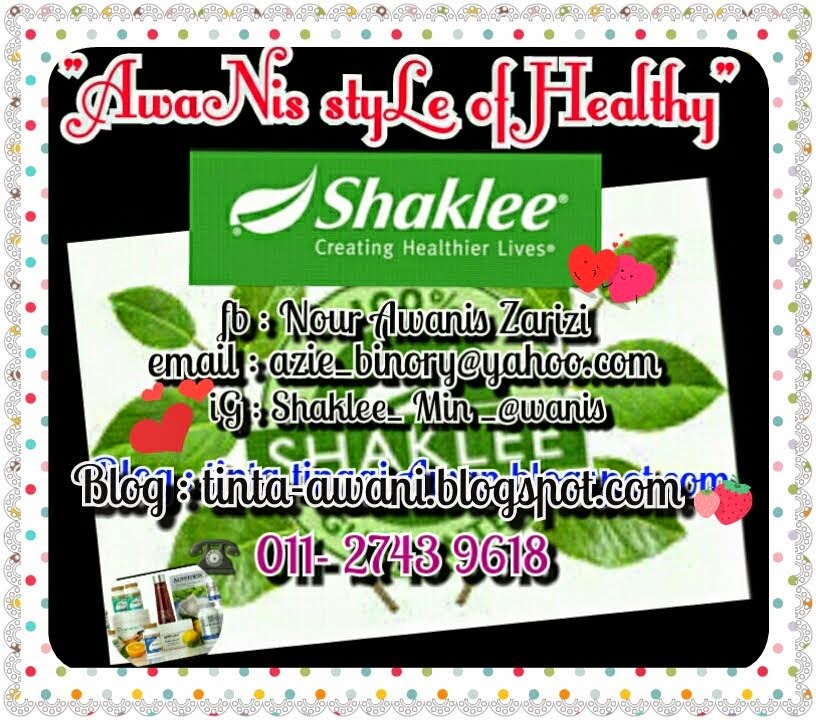 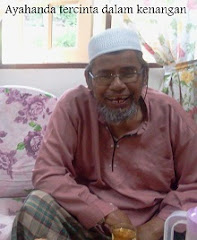 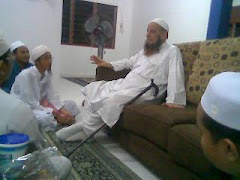 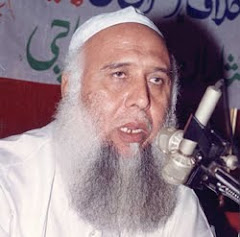